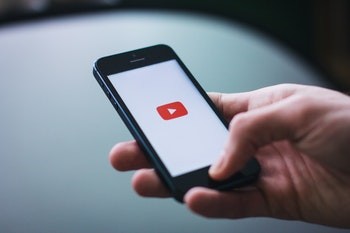 Help create a strong brand with your videos!

As a small business should you be aiming for your videos to go viral or should you just concentrate on making well put together branded videos?

Well, you may not get your product featured in a Will Smith blockbuster, but we would suggest you concentrate on your brand as much as possible.

Viral videos are slightly misunderstood. To be frank it’s not you that decides whether a video will be the next big thing; that’s up to the world to decide. They are “uncontrollable” and have a life of their own, which is partly why they are called “viral.”

If we look at the type of viral videos that have swept around the world over the past few years we see a 5 second clip of a chipmunk that got 23 million views!

Or we see Chris Crocker pleading for us to “leave Brittany alone” from 2007 which got 40 million views!

Then there was Battle at Kruger, also from 2007, which received 60 million views and 76 thousand comments as of May 2011!

We’d all like our videos to get these numbers, of course, but what’s the common thread for almost all viral videos?

They’re not selling anything, that’s what. Neither Chris Crocker, the chipmunk nor the lions and buffalos at Kruger National Park were marketing anything.

Of course some people would argue that the Reebok ads with Terry Tate the office linebacker, or the Old Spice man videos, were viral. They certainly were very popular, swept around the world quickly and were funny, attracting many millions of viewers.

Actually there is a difference between the chipmunks and Terry Tate, the Reebok office linebacker- the latter is more an example of a carefully-orchestrated branded content series of videos rather than viral videos.

There is a strong marketing message in them and, while many of the best branded content examples could be considered entertaining in their own right, their effects are usually longer lasting than the “short sharp shock” effect of viral videos; these tend to “go mad” for a while before usually settling down and exhausting their shelf life.

In the case of Old Spice, it was considered by many to be a dying brand and the popularity of the Old Spice man has rejuvenated it. It created a connection with the brand for many people. That’s a powerful and long-lasting effect.

A Controlled Series Of Video Explosions!

Some of the best branded content will be in the form of a series of videos rather than just a single one-off video.

The two examples mentioned above are good examples. Again this points to a structured, carefully orchestrated, planned approach rather then haphazardly throwing a video out there and seeing what happens, with fingers crossed.

This is very different to the organic, uncontrollable spread of a viral video.

In short, businesses may be better off forgetting about viral video marketing and concentrating their efforts more on branded content, because the gains will be longer-term, they can be planned and measured and people won’t avoid you because you’re selling something.

Indeed, if your video is amusing or entertaining you may be lucky enough that it does spread around the world, but it’s not something that you can really plan for and ultimately, that won’t be your decision.

There are plenty more expert video marketing tips for your business in the Lights, Camera Profits! Workshop. Just click here to learn more about it.